So, now you know if I labeled a recipe as such, then it MUST be good!

I’m telling you, this homemade beef jerky is freakin’ amazing, and that’s coming from somebody who doesn’t typically swoon over jerky at all. So, yeah.

One of the biggest hurdles with purchasing beef jerky is the insane amount of GMO’s also known as genetically modified organisms. Turn over any package of beef jerky and you’ve got high fructose corn syrup (GMO), beet sugar (GMO), and lots of soy sauce (GMO), not to mention a bunch of nitrites & nitrates thrown in the mix. Even if the beef jerky comes from a health food store, it still most likely will have soy sauce in it, which we like to avoid as much as possible ’round here. You can click here to read why we avoid soy unless in properly prepared fermented forms like natto or miso. People often think Asian cultures eat large amounts of soy, when in fact, they only eat it properly fermented soy in small amounts.

As much as I believe in following the 80/20 rule, I also strive to make healthy food as much as possible, without stressing out too much. Since we recently purchased some grass-fed beef in bulk, naturally I thought making some delicious, nutrient-dense beef jerky was in order! Right-o! Let’s get on to the recipe! Here’s a tip from yours truly…Slice your meat while it’s slightly frozen. That way you can make thin slices (about a 1/4 inch thick) without cutting off your finger, or worse, swearing.

Most beef jerky recipes will tell you to slice WITH the grain, meaning they recommend you slice parallel with the existing muscle fibers in the meat. The purpose is to help the meat stay together. I’m going to recommend opposite. When making beef jerky, I like to slice the meat AGAINST the grain, meaning, perpendicular to the natural lines of the meat. This makes the meat more tender and it doesn’t really fall apart much at all, especially if you are sure to slice your meat when it is slightly frozen. And if some of it DOES fall apart, well, then my dear, you’ve just created the very best part of beef jerky. Jerky nibblets. Now it’s time to marinate your meat. Oh em gee. This marinade is ah-mah-zing! For about 2-3 lbs. of meat, you’ll need a marinade of:

Place that meat & marinade in a bowl, cover with some plastic wrap, and let sit in your fridge for 24 hours. After that, After 24 hours, lay your meat out on a dehydrator tray and dehydrate at 145 degrees for about 4 hours. Which dehydrator do I use? I LOVE my dehydrator! They have meat slicers & grinders, burger presses, vacuum sealers, canners, smokers, and everything you need for sausage making, jerky making, wine making, pasta making, as well as loads of other kitchen gadgets! 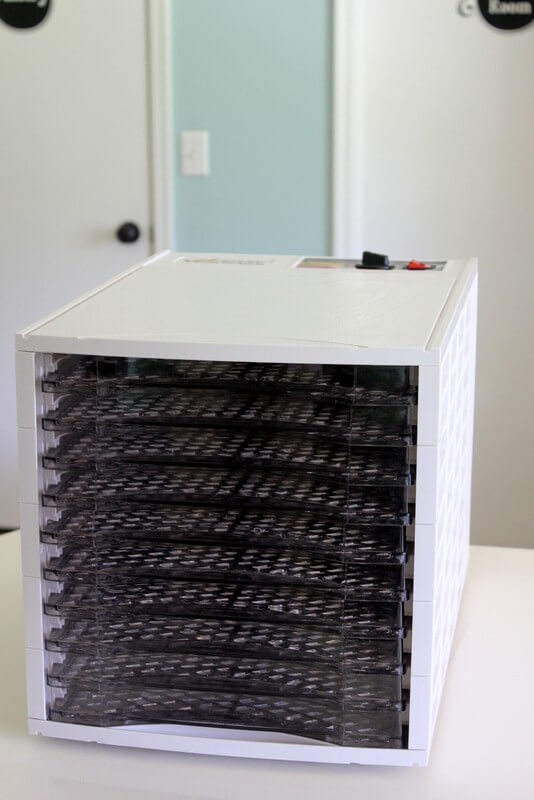 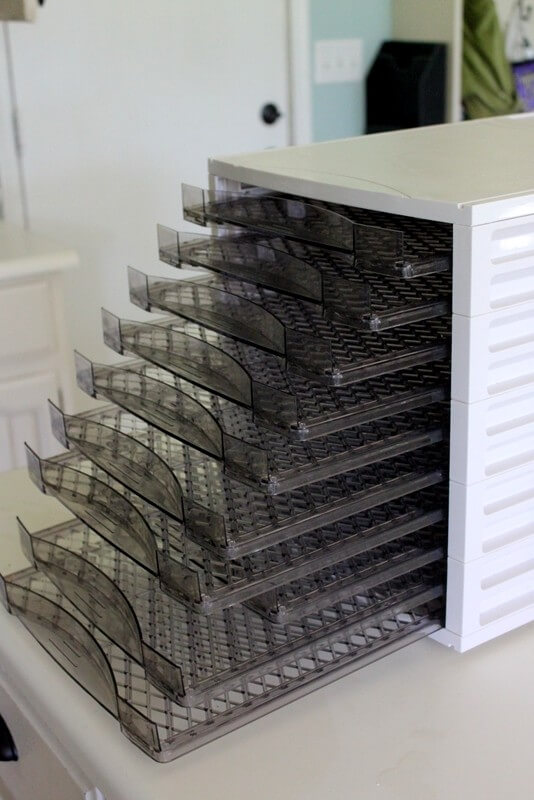 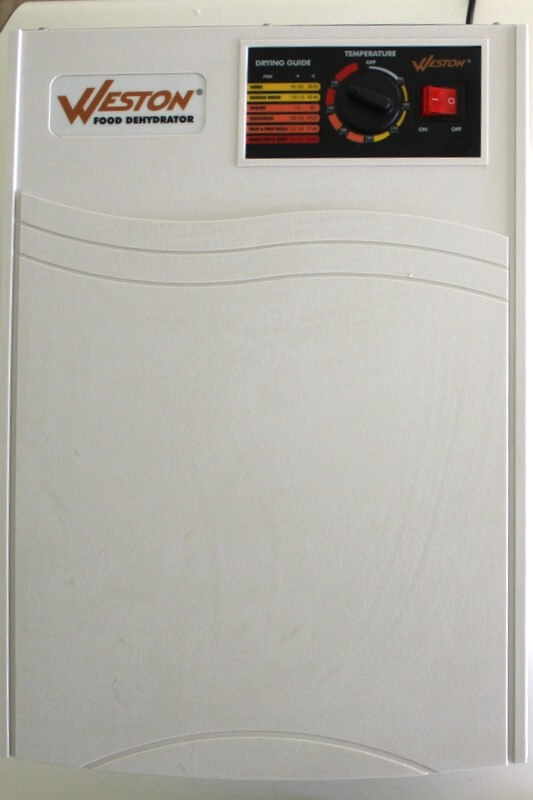 You can also place on parchment paper-lined baking trays and bake in an oven on the lowest setting (mine gets to 170 degrees) with the oven convection fan on if you have one, for about 4-5 hours.

You’ll know when your meat is done when, well, when it looks like beef jerky and tastes like it too. Take it out when it’s still tender, because you don’t want to over-dehydrate it into crackers! It looks a little dark, but oh, it is SO NOT burnt! It’s tender and chewy and delicious. Just how jerky should be.